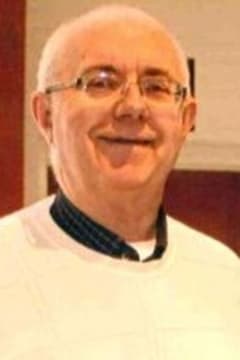 David George Goss, 78 of Hendersonville, NC passed away on October 1, 2022 at Carolina Village Medical Center. He was the only child of the late Barbara Jean and Keith William Goss.

Born in Lowndes County, MS he was raised in Indiana and attended the New Mexico Military Institute. His career was spent in foreign finance, retiring from Marion Power & Shovel as the Credit Manager. After retirement he and his wife moved to Bluffton, SC in 2000 where he became a general contractor. After his second career retirement in 2008 they moved to the mountains of Hendersonville, NC where he attended and was very active in St. James Episcopal Church and Holy Family Episcopal Church. When he was younger he was an avid golfer.

Surviving to cherish his memory is his loving wife of 44 years, Jo Ann Winn Goss; a son, Greg Goss; a daughter, Shelie Montgomery; and five grandchildren.

The family wishes to express thanks with the deepest gratitude for the professional and loving care provided to David by the staff of Carolina Village.

A celebration of his life will be held at 2pm on Wednesday, October 19, 2022 at St. James Episcopal Church, Hendersonville, NC with the Reverend Christie Olsen officiating.