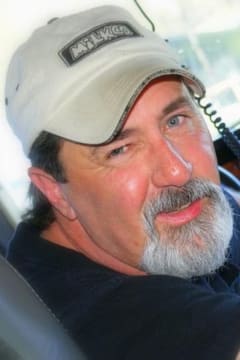 He was a trucker by trade, where he spent most of his working days behind the wheel of a 18 wheeler. He was a Eagle Scout and served in the Army Reserves. His love for music led to many afternoon of a man with his guitar. Each year he said, “ The Yankees are gonna win the series”. As you can probably tell, he loved baseball as well, and hardly missed a game if he could help it. Kenny enjoyed Civil War re-enacting.

He is survived by his daughter, Brandy Aytes Creasman and son in law Shane, and his son Jason Aytes and wife Rachel of Canton, as well as, his step family Mark McCraw, Elaine Reece and Loretta McCraw. His sisters, Sandy Aytes, Sherry Aytes and Kathy Aytes. A special nephew, Jeff Aytes and wife Stacey, serving in South Korea at this time. His grandchildren were his prize possessions and Dad was very proud. He is preceded in death by his parents and his step father Mitch McCraw and step brother Lee McCraw and special friend Curtis McCraw.

The family would like to thank you for the continued outpouring of love and condolences during this time. We love and miss you so much already, Love always Brandy and Jason.