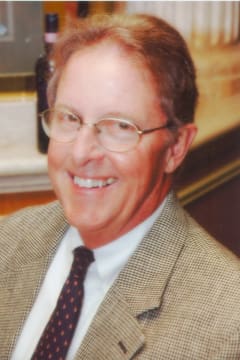 Ernest Brian Killingsworth passed away Wednesday, March 23, leaving a legacy of love and laughter that will forever be cherished by his family and friends. Brian was born July 27, 1942, in Charleston, South Carolina to Eldred Bryan and Genevieve Wilcox Killingsworth. He grew up in Charleston, South Carolina and graduated from The Citadel in 1964. He received his MBA from Georgia State University. Brian retired from AT&T. He served in the US Army receiving the Army Commendation Medal and National Defense Service Medal. He was a member of First United Methodist Church of Hendersonville.

After retirement he was able to pursue his real passion, growing dahlias. He developed a dahlia garden in Ellijay, Georgia known as Creekside Dahlia Farm. Brian’s love for dahlias was featured on HGTV in 2012 and he has been featured in national magazines. He sold dahlias internationally from his farm and delivered dahlias to the Atlanta flower market. Brian was named Dahlia Grower of the Year by the National Dahlia Society and was known and as a teacher and mentor to many in the dahlia world. Brian cultivated the dahlia garden at Bullington Gardens which features hundreds of breathtaking dahlias where his team referred to him as the dahlia guru.

Brian had a passion for baseball, history, music, books, and dogs. On one occasion he transported homeless dogs from Georgia to permanent homes in New Jersey. Through the years he hosted many dogs on his farm in Georgia and was known to take the dogs out for ice cream.

The family requests remembrances be made to Bullington Gardens at 95 Upper Red Oak Trail, Hendersonville, NC 28792, 828-698-6104 or a charity of their choice.