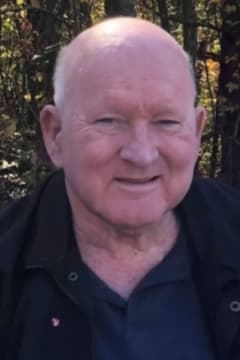 Jerry G. Robinson, 71, of Fletcher, North Carolina, died after a long battle with Parkinson’s Disease at his home on May 20, 2022. He was born on April 29, 1951, in Asheville, to the late David and Bessie Mae (McIntosh) Robinson. In addition to his parents, he was preceded in death by his brothers, David, Gay, Frank, Dewey, Cecil, and Earl; his sisters, Mary Lou Jamerson, Grace Ray, Inez Quinn, and Shirly Ann Robinson.

Jerry graduated from Mars Hill High School in the Class of 1969. On his 21st birthday he married his wife, Debra Sheehan. The pair celebrated their 50th wedding anniversary this past April. He enjoyed working in his garden and watching Westerns with his grandchildren. He was passionate about helping others and committed to donating blood, specifically for infants. During his life, he donated 56 gallons of platelets and over 20 gallons of blood.

Jerry is survived by his wife, Debra Robinson; his son, Dwayne Robinson; and a daughter, Rebecca (Timothy) Ledbetter; his grandchildren, Elizabeth Robinson, Katie (Baker) Robinson, Emilee Ledbetter, Brooke Robinson, and Colin Ledbetter; and his great-grandchildren, Aaliyah and Bassam. He also leaves behind sisters, Betty Ray and Pansy Hathaway; brother, Elic; and many nieces and nephews.

Memorial information will be announced at a later date.