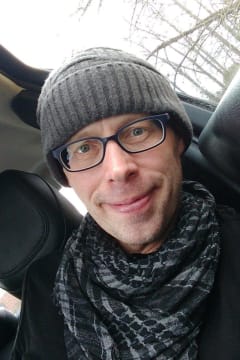 From an early age, Tim found great joy in developing his talents and abilities. At 17, he won an international art contest and was awarded with a piece of the Berlin Wall.

Tim was an excellent cook and baker. He loved music and became skilled on the guitar, piano, drums and other musical instruments. He developed and expressed his artistic skills in a variety of ways, including making jewelry. He also loved photography and knew how to capture life at its finest. (There are some people who know how to take pictures, and then there are all the rest of us!)

In 1998, he came to Brooklyn, NY, and worked at Teen Challenge where he helped young men trapped in drug addiction to find God’s help in overcoming their addictions. He also served as head of food services, overseeing the meal preparations for 75 people daily.

While at Teen Challenge, he served as worship leader for the chapel services, expressing his musical talents, and he began writing his own songs and recording them. Tim served as the men’s choir director at Teen Challenge, helping these former drug addicts, many with no previous music experience, to be part of a choir that helped them develop new positive expressions in a drug-free life.

While in New York, Tim married Michelle Batty in 1999, and one year later their son, Tyler, was born. Two years later their daughter, Zoe, was born.

Tim also loved graphic arts in the digital age, creating digital animations and becoming very effective at shooting videos and editing them. He loved putting together the annual Christmas DVD for the grandparents & family, capturing the highlights of the year.

While in Minnesota and Charlotte, Tim worked in metal fabrication businesses showing great aptitude at welding and learning how to operate different equipment—including lathes, presses, and plasma cutters. All his life, Tim demonstrated a desire to learn new things, which he used in every area of his life.

In recent years, after Michelle and Tim parted ways, Tim moved to Asheville, to be closer to family members. In the fall of 2021, Tim and Amanda Patton became engaged.

Tim is survived by Amanda, his parents, two sisters, Delaina & Carrie, and a brother, Travis, and his two children, Tyler and Zoe Dickens. Tim will be missed by all.

A Celebration of Life will be held on Saturday, Jan. 8, at the Fairfield Inn, 184 Tunnel Rd, Asheville, NC. Visitation will be from 12 noon to 1 PM. The memorial service will begin at 1 PM followed by more visitation.