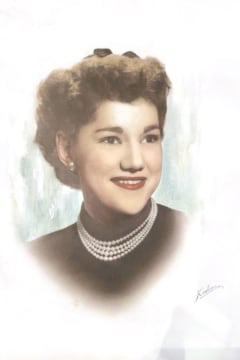 Virginia Agnes Dack (Ginny), 90, of Asheville, North Carolina, passed away on Wednesday, May 18, 2022 surrounded by family members. She had a long and full life and will be dearly missed by her family and many friends.

Ginny was born on January 25, 1932 to Margaret and Julius Bucol in Chicago, Illinois and was the youngest of their three children. After Ginny graduated from Saint Scholastica High School in 1950, she went on to study at Mundelein College in Chicago earning a BS in 1954. After graduation, she took a position with Catholic Charities of Chicago supervising children placed in foster care. Even after marrying and starting a family, Ginny remained involved with Catholic Charities heading up various neighborhood collection activities. Her children remember their home filled with Christmas gifts to be donated to families in need.

Ginny was married to Donn Clayton Dack on April 10, 1956 and they had six children together, raising them in the Rogers Park neighborhood of Chicago. Ginny worked in various retail stores in the area where she managed lingerie departments specializing in fitting women with special needs after cancer surgeries. Her kindness and compassion were key in the process of helping these women recover.

After retirement, Ginny eventually moved to Asheville, North Carolina where she spent the last 16 years of her long life. She was involved with various programs sponsored by the Catholic Church and regularly attended services at the Basilica of St. Lawrence. For many years she met with other church members to make and distribute sandwiches and small personal hygiene items to the many homeless in the downtown Asheville area. She also worked with the Veterans Restoration Quarters where she periodically assisted the chef in meal preparation. Each Christmas she baked over 1,000 Christmas cookies to brighten the holidays of the veterans living there. Ginny was a selfless volunteer always doing what she could to support those who had fallen on hard times.

She will be missed by everyone whose lives she touched, but most by her children to whom she was a devoted, loving mother and a beautiful role model.

Services will be held at the Basilica of St. Lawrence on Tuesday, May 24th at 10am.

In lieu of flowers, the family requests donations be made to either, Feed the Hungry at the Basilica of St. Lawrence, https://saintlawrencebasilica.org/online-giving . Donors should put in the comments field that it is a gift in Ginny’s honor to go to Feed the Hungry. Donations can also be made to Minds Matter Los Angeles, the non-profit her daughter runs that works to help low-income, driven and determined students fulfill their dream of a college education. Donations can be made at https://secure.qgiv.com/for/coltrafun. Ginny was passionate about both causes. 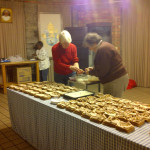